Who's Still in the Playoffs Again? 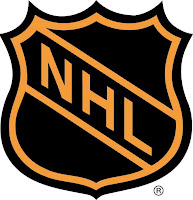 It's been said a million times but here's a million and one; this long layoff is absurd.

The NHL has been a league on the rise since the lockout came to an end and Gary Bettman speaks frequently of 'momentum' in the growth of the game. It is precisely that principle, momentum, that they've chosen to ignore in scheduling the finals.

I understand the arguments - weekend games on NBC and whatnot but c'mon. The regional ratings show that for the most part, American fans tune out once their hometeam has been eliminated. In so far as this is the case, why is the league bending over backwards to broadcast to outliers? American fans that are 'hardcore' enough to continue watching once their rooting interest has been eliminated are going to watch whether it's a Thursday night game or a Sunday afternoon game. And do you think that you're more likely to catch fringe fans for a Friday night game 7 than you would be for a Thursday night game? I have my doubts.

Then there's the cost. Chicago and Philadelphia sports fans have been forced to wait a relatively newsless (sorry Stevie Y) week while the NBA has actually seen two playoff series that looked initially like duds, turn into hotly contested matchups. Hell, I even watched my first basketball game of the year last night from sports withdrawl. This down time might have pushed the casual sports fan from hockey to basketball.

This might be the most obvious statement I've ever made but in the U.S. the NHL is not the NFL. Football fans will wait for the Superbowl. The buildup, the interviews, media scrums, it's all part of the hype-engine and an extra long layoff can often build anticipation. The NHL has it all wrong. The interesting part of the Stanley Cup Finals happens in post-game interviews when coaches jockey for calls, players criticize the refs or their opponents' dirty play - that's the intrigue. It's a series, not a single game, and what happens between those games is the where the build up and hype originate.

Maybe I'm just a Leafs fan that wants something to think about other than where Kaberle will go and what we can get back for him but I suspect that I'm not the only hockey fan that's sick of waiting. Kinda makes me wish that Avery was a Blackhawk so I could at least chuckle about whatever he'd have said about Carcillo's mother and/or girlfriend.
Posted by Curt S at 9:47 AM

Speaking of disappointments, a week without an update from my favourite blog?