3 Moments that Changed the Leafs Forever 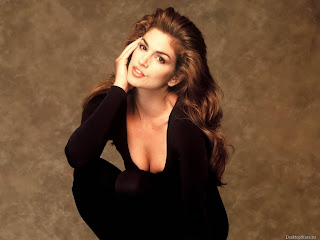 You know those mornings where you wake up right out of a great dream. For just a moment or two you can’t figure where the dream ends and your sad reality starts. I remember years ago thinking I was actually laying in bed with a scantily clad Cindy Crawford (1990s supermodel, for you teenagers scratching your head) for a good 15 seconds after I woke up. Of course, upon rubbing my eyes and rolling over I was only cuddling with a pillow – Best 15 seconds ever though.

Yesterday, I had a very similar morning – this time no hot women or supermodels were involved – although my pillow was there. No, yesterday I had a dream about our beloved Toronto Maple Leafs, and what could have been....

.... Overtime, Game 7 of the Stanley Cup Finals 2012 at the ACC – Maple Leafs center Matt Duchene protecting the puck behind the opposing net, working is way along the boards he spots a streaking Tyler Seguin off the wing. With a quick flip of the wrist Matty sends it across to Tyler who snaps a laser shot on net labelled for the top left corner. Jimmy Howard manages to get just a piece with his blocker sending a rebound back to the slot. BUT a pinching Drew Doughty driving the net buries the rebound! Leafs win! Leafs win! The arena erupts in chants of “Go Leafs Go!” - we all get drunk for 3 days and flip over some cars along Younge street - Hab fan-style.

Ah yes, if only that were more than just a dream. It seems like such a distant future doesn’t it? Having a team full of young star players ready to take on the world? A team that is filled with not only pugnacity, but talent.

The sad thing about my dream, other than waking up, is thinking of how painfully close we were to having those 3 superstars, setting us up for a decade of conference titles and glorious Stanley Cups runs in the spring. We were so close to mattering again - to being relevant in the world of hockey. It didn’t have to be the way it is now.  We didn’t have to have a just a “good” player as our only superstar, or an overpaid once upon a time star defenseman as our overpaid Captain of Truculence.

If we could turn back the clock, here are the 3 defining moments that could have made my dream a not too distant reality for us Leafs fans. While these moments may not stand out to you the way Gretzky’s high stick on Dougie does, you should take a hard look at the dates below as a Leaf fan – because in 40 years when you’re explaining to your son why Toronto hasn’t hoisted the cup in nearly a century – this is why:

1. February 16th, 2008 – Led by aging veterans Mats Sundin, Darcy Tucker, Brian McCabe and Jason Blake the Leafs begin a stretch of 17 games in which they compiled 12 wins and 5 losses. While this provided some excitement for fans as we battled for the 8th playoff spot, the dramatic run would end with the Leafs on the outside looking in because of some Scott Clemmensen heroics. As a result of the late season surge we played ourselves further back in the draft and eventually took defenseman Luke Schenn 5th overall. Schenn appears to be developing into a solid top pairing guy, but one can’t help but wonder what our team looks like without the late season push, and with Drew Doughty at 2nd overall in the draft.

2. March 4th, 2009 – The Leafs pick up Ottawa goaltender Martin Gerber off waivers. While certainly not a star goalie the Gerber baby provided just enough veteran leadership in net to help the buds rattle of a few key wins down the stretch in a season that was already over. As a result we managed to play ourselves out of a top 3 pick and into the 7th spot at the 2009 draft. Leaving us with Nazim Kadri, while the Colorado Avalanche usher in a bright future around the number 3 pick of that draft – Matt Duchene.

3. September 19th, 2009 – Incumbent Maple Leafs GM Brian Burke, in keeping with his mantra to compete for a playoff spot immediately, mortgages the team’s future on a trade for young Bruins sniper Phil Kessel. Kessel proves himself to be a valuable goal-scorer in the Leafs lineup; however, Burke's error in judging the team's talent level results in the 2nd overall pick being awarded to the Bruins. As a result the B’s draft star center Tyler Seguin, who goes on to crack the Bruins line-up at the age of 18.

3 dates that will be forever etched in my mind. We can complain as much as we want about the circumstances that have led to the sad and sorry state of our 2010 Toronto Maple Leafs. But when you look these key moments in team history, you realize we did this to ourselves. With a little bit of forward thinking and more strategic planning from our hockey operations people, things could have been a lot different. Duchene, Seguin, and Doughty still have a lot to prove at the NHL level, but they are all well on their way to establishing themselves as superstar calibre players.

My advice to all fans of the blue and white out there; if you ever wake up in the morning after a vivid dream of a dramatic Toronto Maple Leafs Stanley Cup run – hold onto those 15 seconds as long as you can, because in the end, that might be all you ever get....
Posted by Darren K at 12:23 PM