A 7 Point Plan to the Playoffs 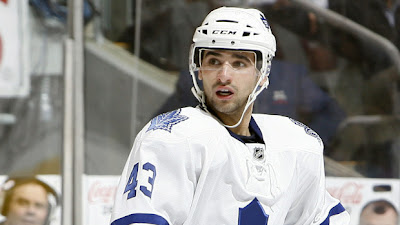 These are trying times for our boys in the centre of the hockey Universe. Leaf fans haven`t been this upset since... well we`ve pretty much been this upset around this time every year for each of the last eight seasons. We need change in net, a change behind the bench, and some even want the big Irishman out of the GMs office.

Most urgently, we want to make a run. Currently the Leafs sit 10th in the Eastern Conference with 65 points, 4 back of 8th place Washington. The playoffs, while quickly fading into the far-off sunset are still a real possibility. It`s going to take a magical run down the final 18 games if we are going to have a legitimate chance of catching the Capitals and keeping pace with the suddenly dangerous Winnipeg Jets.

To show that we here at BCP haven`t yet given up hope on the 2011-12 season, we`ve laid out a relatively simple 7 step plan which, if followed closely, could land our boys a table at the big post season dance.

1. Fire Ron Wilson. The man has coached over 1,400 games in the NHL and is, by all accounts, a quality bench-boss. However, after 4 years in Toronto it appears he`s not getting the most out of his players. We need a Hitchcock-ian type revelation, similar to the one enjoyed by St.Louis fans earlier this season. The time is now.


2. Rest Dion Phaneuf. This seems counter-intuitive at first. He`s our best defenseman so why wouldn’t we want him on the ice all the time? Dion seems to play his best when he has energy – allowing for the nasty physical edge and more offensive jump. When he`s playing 25-26 minutes a night, on both the PK and PP, you can just see him wearing down near the 3rd period.

3. Call up Nazem Kadri and Joe Colborne. Are they ready? Maybe yes, maybe no. But they might very well ignite spark down the stretch and Colborne, specifically, would add some much needed size to our forwards.

4. End the Tyler Bozak Experiment. He works hard, and has had surprisingly OK offensive numbers but I just can`t get over the fact he`s Tyler Bozak. Connolly is better suited for the 1st line, allowing Bozak to be an effective 3rd liner.

5. Set up a fake team travel consultant who calls opposing teams the day of a game in Toronto, telling them that the location has been moved to Ricoh Coliseum. This would undoubtedly result in our boys winning by default – we`ll call this plan `robo-Leaf``.

6. Mike Komisarek leaves the Leafs to join the Navy Seals, filling the spot they had reserved for Tiger Woods. Mike is in good shape and maybe the 8-week program would finally teach him some discipline. I`d love to see the army commander the first time Komisarek needlessly leaves his post to engage the enemy patrol, leaving his entire squadron wide open for attack. ``That`s why they hated you in Toronto, Mike!``

Sweet Jesus what is this shit? Call up Colborne and put Connolly on the first line and Bozak on the third. So Colborne skates where exactly? Did you even think when writing this post? Just awful.

I`m open to any sort of point/counter-point argument you`d like to put forth on how things could get much worse with Potvin in net, and Colborne on the 2nd or 3rd line as a winger for 18 games.

Nice to see some support of Bozak, however I can name 87 other centerman in the league more suited for the 1st line of the Leafs. On the 3rd line he is able to focus on checking and generating secondary scoring.

When you`re 4 points from a lottery pick it`s time to take some chances with your line up.