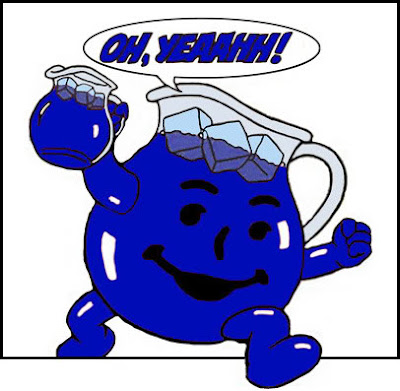 
Our boy Phil Kessel has officially arrived, and we here at BCP are drinking the proverbial Kool-Aid by the giant humanoid pitcher.


Kessel’s emergence this year as an elite offensive star has been an absolute delight to watch. He’s been nothing short of electric most nights this season. Dazzling us with an explosive first step and acceleration, while sealing the deal with his vaunted wrist shot from the wing (patent pending).


At 24, this season has been the perfect storm of circumstances for Kessel; with his health issues a distant memory, a growing chemistry with running mate Joffrey Lupul, and a developing maturity at both ends of the rink.


When the Leafs traded for Phil in September of 2009 some believed his success in the yellow and black was a direct result of lining up with skilled playmaker Marc Savard. Those cries have turned to fading whispers, as Kessel has proven this year he can generate his own chances.


Center Tyler Bozak doesn’t have the skill-set of a Savard, but his ability to forecheck and play consistenly down low has meshed perfectly with Kessel's speed and dynamic release.

Through 54 games he has amassed 30 goals 28 assists for a total of 58 points, while donning an impressive +7 rating. Kessel’s evolution has been a key cog in the Leaf machine which has moved to 7th in the Eastern Conference with 62 points, only 3 behind the Penguins for 6th and remarkably only 6 points behind the Bruins for first in the Northeast division.


Kessel is still very much in contention for a few individual NHL awards, including the Art Ross and League MVP. However, the one trophy many believe he’s most likely to take home is the Maurice “Rocket” Richard trophy, for the most goals at season’s end. His 30 thus far, sit behind only Steven Stamkos at 35. Malkin (29), Neal (28) and Toews (27) are within striking distance of the scoring title as well.


Of course as fans our excitement is rooted firmly in the thought of a memorable Leaf playoff run this spring. But the race Kessel finds himself in for a piece of coveted league hardware has become an intriguing sub plot. Many pundits had passed final judgement on Kessel after 4 full seasons in the NHL, labelling him a Thomas Vanek-like producer capable of only 35-40 goals in any given year. What he’s shown this year is that he has the potential to flirt with 50, and in doing so might be the league’s most prolific sniper of 2011-12.

Assuming for a moment that Stamkos will continue his pace set through the first half, he’ll finish with 55 goals. Meaning that for Kessel to beat him, finishing with 56 goals, he would need bulge the twine 26 times over the remaining 28 games. A per game average of 0.93. No easy task, but alas there is hope – Kessel has a number of factors working in his favour.

Firstly, the Lightning have struggled this year, currently sitting 12th in the east with 51 points. If they’re unable to right the ship there are rumours of them selling pieces like Kubina, Malone, and Moore at the deadline. If they are out of the playoff race down the stretch you have to wonder if Stamkos will maintain his goal scoring pace while playing meaningless hockey in March.

Secondly, Kessel enjoys playing in Toronto -- heck, he loves it. Scoring 21 of his 30 goals thus far on home ice. The Leafs don’t necessarily have a home-heavy schedule down the stretch, but they do play 13 more games on home ice, meaning Kessel will have plenty of opportunity to continue padding his stats within the friendly confines of the ACC.

If Stamkos is unable to maintain his current pace and slows slightly to finish with nearer to 50 goals Kessel will have a real chance at the title. 20 goals in 28 games is entirely possible for a player known in the past for sublime scoring streaks.

Since being drafted 5th overall in the 2006 entry draft Kessel has taken criticism for being a one dimensional player, with the ability to score, but do little else for his team. It’s fitting that, in a season when Phil has rededicated himself to the defensive end and is developing a more complete 3 zone game, that he is also producing the best offensive stats of his career.

It‘s still unclear whether the Leafs will ultimately challenge for the big trophy in this year’s playoffs as it will undoubtedly be a dramatic stretch of hockey in the coming 2 months. What we do know is that as the year draws to a close Phil Kessel has a legitimate chance to take home a trophy that will forever end any and all discussion of 'The Trade', the draft picks, and Tyler Seguin. Pass me the Kool-Aid, fellow Leaf fans - I’ll drink to that.
Posted by Darren K at 8:49 PM

Kessel was worth 2 firsts and a second.

But what GM in their right mine would trade a lotto pick + top 7th draft pick + 2nd for a player?

Burke's team goofed and should have realized depending on Toskala in net (and then trading for underachieving goalie) is not the best time to trade away draft picks.

The only way he gets credibility back on this trade is if the team makes a deep playoff run with Kessel before he declines. But seriously (a lotto pick and top 7).

At the time the leafs looked like they would pick 10-15 overall. The loto pick was a risk, but certainly no one believed the Leafs would be picking 2nd overall.

It's easy to say with the benefit of hindsight that with Toskala in net, the pick was bound to be a lottery pick, but let's remember the context of the time.

What we ended up getting from Toskala was historically bad goaltending and had we got even league average (or even below average) goaltending, the Leafs would not have been a lottery team.

As it turns out, the price for Kessel was steep but to say that we should have known it would be a second overall is ignoring some of the things that we couldn't have realistically known back then.

The point is if you are trading your first round pick you need to be pretty certain that you are not trading away a lotto pick.


Look at Colorado with Varlymov this year - that trade could have been a disaster. Fortunately they had giggy to dig them out.

Who was Burke's back up - any GM depending on an inexperienced NHL goalie while trading away their #1 draft pick is asking for it. Poor risk/reward tradeoff there by Burke. Colorada managed it better.

Who was Toskala back on leafs?

Curtis Joseph was their backup.

Even if we don't consider that they had an experienced backup, Toskala put up the worst goaltending numbers since the end of the lockout. There is no way to predict or control for that and in the absence of it, the pick wouldn't have been a lottery pick.

Varlamov is a different case entirely as everyone expected Colorado to hover around the lottery pick zone and the player that they acquired in Varlamov was a far less valuable asset than a 22 year old coming off of a 36 goal season.

Knowing what Burke knew, it's hard to condemn him for the deal.