The Leafs in the Playoff Bubble 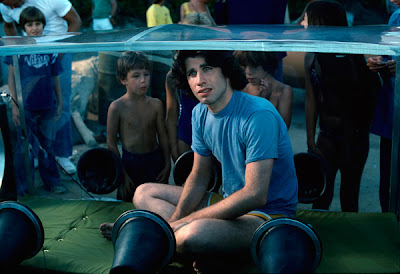 My morning news cycle today was inundated ad nauseum with Jeremy Lin coverage. Lin-isms, Lin highlights, Lin jerseys, heck there are even rumours that Lin mania may surpass the recent circus that was Tebow. Turns out the Harvard grad, turned NBA superstar, turned arch nemesis of Carmelo Anthony has got some game. But amidst all the hoopla and Linsanity I was able to catch a quick glimpse of the current NHL standings. Our lads in blue sit 8th in the Eastern Conference, with 62 points. It’s both incredibily exciting, and dreadfully terrifying to teeter so close to the mendoza line of a playoff spot. Alas, that is the nature of resting perilously on the post season “bubble”.

I realize that discussing the playoff picture in mid February, when we’re still 2 full months away from post season hockey, might seem pre-mature to some. However, we’re a fan base that has spent the better part of 8 years debating the intricacies of no trade clauses, salary caps, draft weekends, rebuilds, asset management, the Muskoka 5, and Tyler Seguin. It’s refreshing to this fan, to finally have something tangible to analyze.

This year we don’t need any miracle run through the month of March. There needn’t be an aging Martin Gerber stringing together an unlikely winning streak, no Darcy Tucker tapping in power play goal after power play goal from the doorstep. The Leafs playoff chances lay in their own hands for the first time in what has certainly been a very long time.

There are a number of questions surrounding the Leafs over the next 2 months. Most notably, how will the trade deadline frenzy impact our roster, especially with the recent news that Rick Nash has short listed Toronto as one of his favoured destinations. However, deadline deals or not, there is still a playoff race under way and as such we’ve taken a look at 3 Eastern Conference teams also floating on the bubble. Focusing on their key players, and the factors that could influence their post season chances down the stretch.


New Jersey Devils
6th in East, 68 Pts
The Devils have defied the odds this year, bouncing back from what was a disappointing season in 2010-11. Their goaltending duo of Johan Hedberg and Martin Brodeur remains an area of concern. However, the return off Zach Parise after missing the majority of last year due to injury has been a huge boost to the team offensively. Ilya Kovalchuk, much maligned after signing his 15 year contract last off season, has responded incredibly with 25 goals and 31 assists through 51 games. What’s been really surprising is the renewed chemistry between Peter Sykora and Patrick Elias. The two have been a productive secondary unit for the Devils, and they represent the kind of the depth scoring that could push them into the playoffs.

X Factor: Does the Hedberg/Brodeur goaltending duo have enough gas in the tank? Especially as their combined age nears 80.

Ottawa Senators
7th in East, 66 Pts
They entered the season telling fans and media alike that this year was intended to serve as a “rebuild”. Loosing players like Mike Fisher and Anton Volchenkov last year signalled a changing of the guard in our nation’s capital. They were to usher in a crop of young forwards and learn on the job, even trading a 3rd round pick to acquire Nikita Filatov (yea, that Nikita Filatov). Somewhat remarkably, and despite all the rumblings of a rebuild, the Senators find themselves right in the thick of the playoff race. Jason Spezza has been producing at a clip not seen since the mid 2000s when he was on a line with a young Dany Heatley. In goal, Anderson has provided average, albeit sometimes inconsistent play between the pipes. Erik Karlsson has exploded offensively, and is now being mentioned with a healthy Mike Green among the elite offensive defenseman in the league. However, with players like Kuba, Phillips, and the developing Jared Cowan anchoring their defence you have to wonder if and when the wheels will fall off. They’ve been a great story, but reading their line-up on paper you just don’t get the feeling this is a team destined for a strong playoff push.


Washington Capitals
9th in East, 61 Pts
Remember when Alexander Ovechkin and Sidney Crosby were the face of the NHL? It was just over a year ago when they both starred in a myriad of NBC promos leading up to the Winter Classic at Heinz Field. Things have changed a lot since then, and Ovechkin’s fall from superstardom has coincided with his teams collapse. Nicklas Backstrom is out with a concussion, and “hopes” to return for the post season should the caps make it. Goaltending has been a relative split between Tomas Vokoun and Michael Neuvirth and by all accounts hasn’t been the issue. Alexander Semin continues to take nights off, only rarely showcasing his sublime skill set that could easily land him among the game’s best. Perhaps the biggest issue in Washington (aside from Tim Thomas slighting the Oval Office) is the health of Mike Green. He recently underwent abdominal surgery and hopes to return in early March. Green is the premier offensive blue liner in the league and a key cog in a Caps power play that has struggled mightily without him. It’s hard to imagine a team with this much talent missing the playoffs, so my hunch is they will find a way to put it all together.

X Factor: Would the real Alexander Ovechkin please stand up? (Ed. Note: I'd really prefer he didn't, thanks!)
Posted by Darren K at 8:16 PM