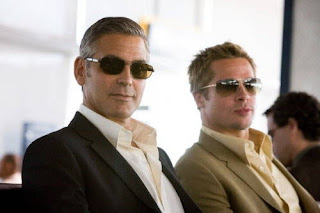 You’ve spent weeks prepping and sifting through an endless stack of fantasy magazines, reading online blogs, and asking your dad what he thinks about Luongo this year. Yes, draft night has finally arrived. Good news – you’ll have a great evening with a few buddies and some cold beer while ripping on the jerk who takes Claude Giroux 3 rounds early. Bad news – you just found out you have the 2nd overall pick.

Over the last 4 years it has become painfully obvious that the best player in the wonderful world of fantasy hockey is none other than Alexander Ovechkin. He is to fantasy hockey what the Beatles were to classic rock, what Pamela Anderson was to mediocre syndicated TV series from the 1990s – safe to say, Ovie is awesome.

With Ovechkin as the clear cut #1 on every draft board you will be left with the almost impossible decision at #2 – Crosby or Malkin. Yes, some of you are reading this and saying what about the Sedins, Backstrom, Stamkos, Parise...etc. If you think that there are other players than Sid and Gino to be considered at #2 that’s fine. You’re entitled to your opinion – your just wrong.

I have some great insight into this dilemma having lived through it at last year’s draft. It was the first year of our highly competitive keeper league and I was awarded the 2nd overall pick weeks in advance of the draft. I was completely torn – on one side was the golden-all-round good guy Canadian raised Sidney Crosby. On the other side was Evgeni Malkin, the most physically gifted player I’d seen since Mario Lemieux.

I flipped back and forth a number of times as the draft inched closer. I poured over all of their statistics, projections, and expert’s analysis. I read every possible article I could find on the career potential of the two Pittsburgh centers. The pressure was starting to get to me. So much so that I went to my girlfriend for advice. Thats right, I went to my girlfriend for guidance when it came to fantasy hockey – I was desperate.

She didn’t really understand what I was asking. She claimed “they both seem like they’re really good – just pick one Darren.” I told her it’s more than that. Sure they are both great players, Hall of Famers one day. But this was the guy I was going to hitch my wagon to for 10-15 years of fantasy hockey. I explained it to her in terms she would understand:

“If you were offered a lifetime with Brad or George – who would you take?” Both superstars – great guys, but with very different skill sets. Brad with his chiselled jaw and six pack abs and George with those dreamy eyes and great hair (or so I’m told). She pondered the question for a moment, and said:

“Probably? But wouldn’t you always wonder about Brad. Sure George would be great, take you on red carpets, get you on the cover of People magazine, have you jet setting around the globe. But would you have been happier with Brad? The flashy sex symbol that just oozes “cool” - would it have been better?”

She didn’t know, and went on to tell me I should spend less time on fantasy hockey – or I was sleeping on the couch that night.

Eventually, as the draft approached I made the difficult decision to go with Evgeni Malkin. Not because I thought he was better or was going to outscore Crosby. I took him because I believed he was the safer pick. The rationale was that Crosby’s groin problems would be a long term issue and I would be happier with Gino.

Truth is – I should have gone with my heart. I love Crosby. I love all that he represents on and off the ice. I over thought the decision and let myself pass on the player I really wanted.

The moral of my long convoluted story – pick with your heart. If you show up on draft day and are sitting with the 2nd overall pick – don’t think about it. Sit down in front of your laptop with cold beer in hand - stare at your draft board and pick the player that best represents you and your team.

I know you took him last year but if it were this year it has to be obviously Sid. For a keeper league that measures +/- I would be taking Backstrom before Malkin for sure too and maybe even Stamkos. Backstrom has never missed a game so he's durible and he's going to be skating with OV forever. Malkin gets Sids scraps. Swedish center > Russian center

The Score:
"We predict Nick Backstrom will win the Art Ross"

at least you didn't have the 4th overall pick last year.....