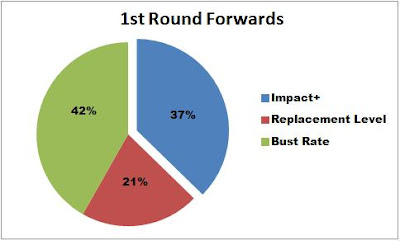 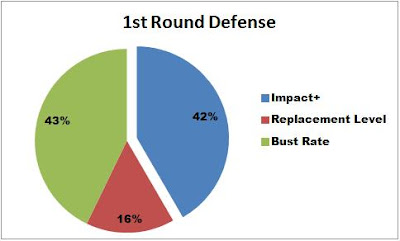 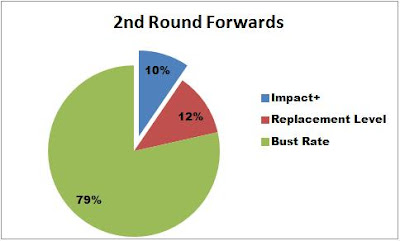 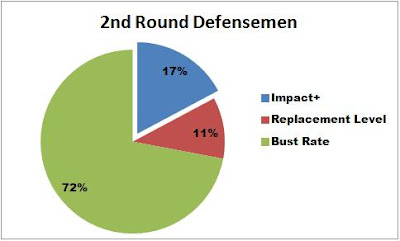 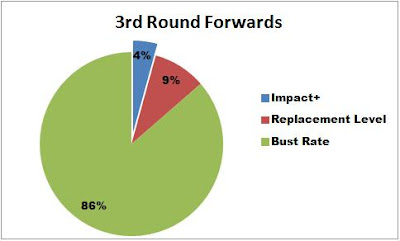 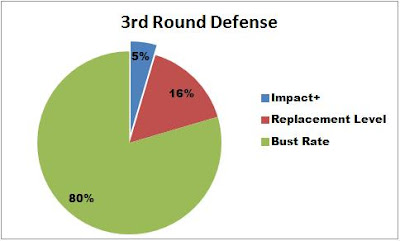 Moving forward, it may be interesting to break apart the first round into pick-segments and depending on how well received this post is, I may take that on.  For the time being though, it's safe to say that I wouldn't be avoiding a guy like Darnell Nurse with a pick in range of tenth overall, certainly not on the basis of the position that he plays.

As always, you can track me down on Twitter at @bcphockeyblog
Posted by Curt S at 3:24 PM

Thx, this is very interesting. I'm curious what the results would look like if you applied a time scale, I.e. all star within 3 yrs, vs 5 yrs. I suspect the graphs for the "impact player" category might illustrate the affect of proper coaching, seasoning and patience.

If you check the preceding post "Revisiting When Elite Players Breakout" you'll see a timeframe for when 70+ point producers hit various milestones (this is also broken down by draft slot.) Thanks for reading