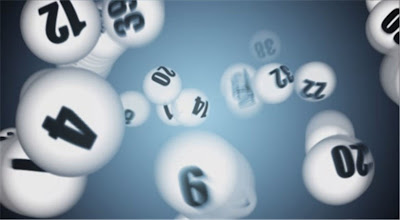 It’s almost an exciting time in Leaf land – the new NHL has made the draft more important than at any time in history. And finally, we are in a position to make a big splash. Below are the 6 players who could usher in happier days for the Leafs and their management – assuming Burkie doesn’t jump the shark first.

Nail Yakupov
Ht/Wt:5'11"/189 lbs
Position:RW
He’s been compared to both Pavel Bure and Alex Ovechkin at times, and I think he has elements of both. Lofty comparables to be sure, but there’s a reason Yakupov has been the runaway #1 for a while. While he doesn’t fill our need down the middle, he’s the type of player that can invigorate a franchise – think Brett Lawrie, but y’know, hockey.

Mathew Dumba
Ht/Wt:6' 0"/175 lbs
Position:D
I’d prefer to see us add a more defensive d-man akin to Ryan Suter this offseason, but you won’t hear many complaints if the team lands Mathew Dumba. He has a heavy shot from the point, and doesn't shy away from the physical side of the game. I’m not sure if him and Dion can exist on the same blueline, since they're basically the same player, but it’d likely be fun to watch.

Mikhail Grigorenko
Ht/Wt:6' 3"/200 lbs
Position:C/RW
At 6 foot 3 Mikhail posses the size to fill a top 6 center role on just about any team. He’s a talented playmaker, and has the size to succeed in the NHL almost immediately. Expect that 200 pound frame to increase a bit as he continues to fill out. The imagination can’t help but wander – Lupul – Grigorenko - Kessel...

Ryan Murray
Ht/Wt:6' 1"/200 lbs
Position:D
He’s the type of player that thinks the game beautifully, with a hockey IQ far beyond his years. He's a strong skater and is generally believed to be the most NHL-ready of the defensive prospects available. You can never have too many puck moving guys on the backend, and you can certainly never have too many Ryan Murrays.

Alex Galchenyuk
Ht/Wt:6' 2"/185 lbs
Position:C
Possibly the most well-rounded player in the draft class, Galcheynuk could be the best and most likely fit for Toronto - a responsible 2-way center with size and offensive upside. With Grabovski signed long term, these two could make for a dynamic 1-2 punch down the middle, assuming Alex blossoms early. This is the guy we should be watching on draft day – I know Curt S is excited, given that he has promised a one-man-riot across the streets of his hometown if we land the American-born youngster. I’m not sure if Curt can flip a police car by himself, but I know he possess the gumption to at least give it a solid go.
Posted by Darren K at 8:36 PM