Why Ryan Getzlaf Is The Answer For The Toronto Maple Leafs 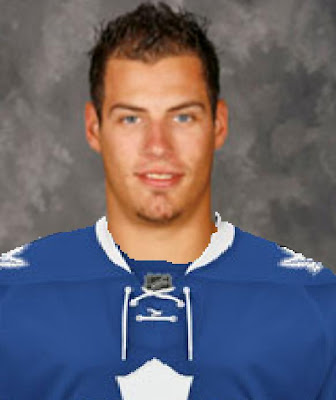 Yesterday, my partner-in-blog put together a post where he claimed that Getzlaf was not the answer for the Toronto Maple Leafs, and wasn't really a fit for the team.

Today, I'm here to tell you he is.

What Darren wrote yesterday wasn't crazy.  The Leafs haven't really had much of a problem scoring goals and their most pressing need is probably a #1 shutdown defenseman, granted.  The difference, of course, is that Getzlaf is actually available (to some extent) whereas there aren't any legitimate shutdown defensemen on the market.

The Ducks have struggled so far this season and Getzlaf is no exception.  With 27 points in 41 games, he's on pace for his worst statistical season since his rookie year.  With that said, he was also better than a point-per-game player in each of the preceding four seasons.

Since the acquisition of Phil Kessel, the question among Leaf fans has been, "who will Burke bring in to play center with him?"  The answer at first seemed to be Kadri but as time has worn on, it seems increasingly apparent that Kadri is better suited to the wing and at minimum doesn't seem to be cut out for the defensive responsibility that comes with being a number one center.  Colborne is a guy that we at BCP have loved since long before the Leafs brought him in (and even compared him to Getzalf at the time) but he isn't ready now and seems destined to be a solid second line center, rather than a legitimate first.

The longterm answer to this lingering question seems to be "someone from outside the organization".


Don't get me wrong; Connolly has been a perfectly adequate center for that line (when healthy) and Bozak has done an alright job as a spot-start first line center.  Do we really think these guys are the best we can do though?

Getzlaf, while not a shutdown defenseman, does address several of the team's major needs.  First of all, he's a forward with size.  With the Leafs' diminutive top-six, he'd be a welcome addition.

Secondly, he blocks a lot of shots.  Getzlaf ranks 19th among NHL forwards in shot blocks this season and was 33rd last season despite having missed 15 games.

Third, he's a strong producer on the powerplay.  Getzlaf was 7th in powerplay assists last season, all while playing only 67 games of the 82 game schedule.

Finally, he's the right type of player for Kessel.  Last night I got into a heated discussion with a non-Leaf fan as to whether or not Kessel makes his linemates better.  The conclusion I came to is that Kessel needs a certain type of player to be at his most effective.  Kessel didn't gel with Grabovski and he didn't gel with Matt Stajan (no surprise there).  When Kessel is at his best, he's played with a distributing center rather than a possession-style center.  His time with Savard and the early stages of this season with Connolly are evidence of this.  Getzlaf is the pass-first center that Kessel needs.

Now Darren pointed out that Getzlaf isn't the fleetest of foot and suggested that he might struggle to keep up with Kessel and Lupul.  While he's right that Getzlaf would be the slowest player on the line, I would suggest that it's rare for a center to be streaking out of the zone with his wingers on a standard breakout.  Generally speaking, the center is fairly deep in the defensive zone when the puck is put into transition, leaving it up to the wingers to gain the offensive zone.

Where Getzlaf helps this line tremendously, in addition to his abilities as a set-up man, is puck retrieval.  Getzlaf is a big, physical player who can win a lot of battles along the boards.  How many times have we seen highlight packs of Getzaf winning the puck behind the opposing goal, throwing it in front to Perry who then procedes to hack away at it like a lumberjack until it goes in the net?  The only more common highlight I can think of was 'Stockton to Malone for the fadeaway J' in the mid-to-late 90s.

Now, it's true that this team has a lot of centers on the roster (none of them signed through the end of the 2012-13 season) but we don't have a player like Getzalf.  Truthfully, there aren't many like him out there.

I understand that the reported asking price for him is very high but the truth is, 'asking price' is just the starting point.  It's also likely that acquiring a guy like Getzlaf is going to cost us assets that we as fans will cringe to lose.  I even get that the Leafs' greatest need is an elite shutdown defenseman.  The fact of the matter is, 6'4", 26 year old, pass-first centers don't hit the trade of free agent markets very often and for good reason.

There's no doubt that bringing in Getzlaf would cost us but I wouldn't hesitate to pull the trigger -- we may only get one shot.

Make sure you check us out on Twitter at @bcphockeyblog .  We love to hear how wrong we are, how much the Senz Ruel!!1, or that we mis-spelled 'Grabovski' in the third paragraph from the bottom.  Or if you just wanna chat Leafs, we're good with that too.
Posted by Curt S at 1:59 PM