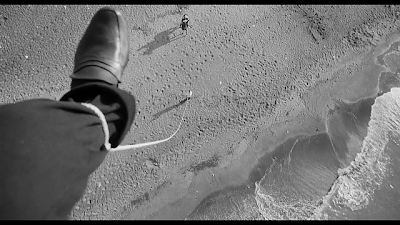 
All of this looks like a fairly standard progression for a prospect taken in the middle of the first round and yet, at 22 years old, Colborne is no spring chicken.  Even before he was drafted, his production never seemed to match what many saw as his underlying talent.  First, it was explained away by his family's affluence; he didn't, some claimed, have the same pressures to succeed as most of his peers.  Last season, the blame lay with injuries and a late growth spurt that has kept his metabolism high and prevented him from adding weight to his lanky frame.  At some point though, you need to deliver on your promise.

Over the last 10 years, there haven't been many impact forwards who have played their rookie seasons at 22 or 23 (Colborne will turn 23 in January).

The list of 23-year olds is considerably less impressive:

What it all boils down to for Colborne is that the time is now or likely never.  There's no denying that his frame and skill set make him a high-ceiling prospect and the kind of big-bodied center that NHL teams lust after.  Maybe now that he's finally stopped growing, he'll be able to play pain-free and add some bulk to his large frame.  Maybe, by adding this size, he'll change his mindset to play a more assertive game in the offensive zone.  Maybe spending some time with new skating coach Barb Underhill will improve his first couple of steps.  Maybe he's the kind of player who would perform better the NHL-calibre linemates (like Crabb) rather than guys a step below like Greg Scott.  All we can say with any certainty is that those are a lot of maybes.

For the record, Colborne is a guy I had my eye on long before the Leafs actually acquired him from the Bruins.  At that time, I very much saw him as Getzlaf-lite -- a big, playmaking center who was a strong skater for his size and probably looked to pass more often than he should.  The lack of linearity in his development make actual projections for Colborne all but impossible.  At times he looks dominant and then, whether because of injuries, fatigue, or a lack of confidence, he seems to disappear for large stretches of games.

Like Guido, Colborne was leaned on rather heavily last season and has doubtlessly felt the pressure ever since being selected in the first round in 2008.  Our expectation of hockey players is the same as a cinefile's expectation of a director: Development.  It isn't enough to live on reputation or the successes of one's past -- we expect results.  Guido realizes that the perception of himself that he's tried to cultivate deviates drastically from who he really is as a person.  If Colborne doesn't take a dramatic step forward this season then we may need to start viewing him as he is, not as how we'd like him to be.

Glad to see you stayed neutral, and you're right, expectations should be higher for Colborne this season. Important to note that Colborne played with the injury much of the season and that limited his playmaking and shooting skills. He had surgery after the playoffs. Also Eakins was working hard to get Colborne to use his body more and concentrate on his defensive zone skills, both noted as lacking when he was with the Leafs.

Colborne has been adding weight this summer and is starting to fill out his frame. We'll have to see if he has learned how to use his size to his advantage.

Colborne will either become a regular with the big club at some point in 2012-13 or he will be dealt before the 2013-14 season begins. I'm betting that he will be an injury call up at some point this upcoming season and will stick thus forcing the trade of another forward.